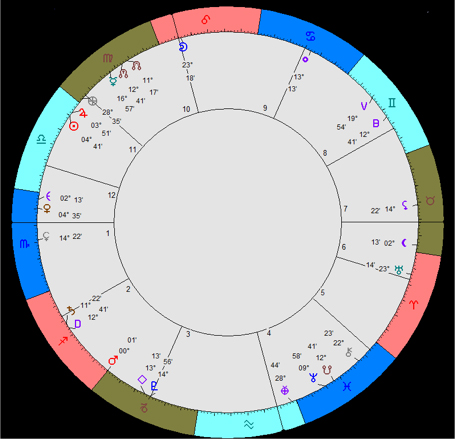 AstroLuz is my astrology counseling practice. The name translates to starlight. I study, research and experiment with astrology. Astrology with an astronomical reasoning, a sound scientific basis. Being an astrologer with a scientific background I am a member of the Dutch society for scientific research of astrology NVWOA. I am also a member of the society VZLA (Vereniging Zwarte Lichten Astrologie; Astrological Society of the Invisible Luminaries) of which I am the chairperson, and a member of the Dutch Astrological Professional Society (AVN). I practice astrology of the invisible luminaries that can be found in many modern books on the topic. The invisible luminaries also known as the black lights are certain points inside and on the ellipsoidal orbits of the moon around the earth (Black Moon and Priapus) and of the earth around the sun (Black Sun and Diamond), rather than physical celestial bodies.

The picture left, illustrates the invisible luminaries. The sun’s orbit around the earth is imaginary. The earth orbits the sun, but seen from the earth, the sun orbits the earth. Also, the sun’s ellipsis is much bigger than the moon’s orbit. The two intersection points of both ellipses are called the Lunar Nodes

Along with the invisible luminaries, the positions of two hypothetical planets, Persephone and Vulkanus are used. In this way an interpretation model arises in which every Zodiacal Sign has exactly two rulers, that also rule a sister sign. The planets Saturn and Uranus do not rule specific pairs of signs. The table below shows the sign pairs, their distance to each other in the Zodiac, the rulers of the signs, the corresponding four elements Fire, Earth, Air, Water, and the three modalities Cardinal, Fixed, Mutable.

The relations between pairs of zodiacal signs show interesting 2×3 and 4×5 regularities, i.e. twice a distance of 3 signs (90°), and four times a distance of 5 signs (150°). This is depicted in the figure below.

What I can do for you

Using astrology, together we can look for answers to questions you may have about aspects in your personal life. Besides the birth chart, that provides information about your talents, your personality and the stages of life, I use progressive and transit horoscopes. Readings in the realm of the soul and karma may be part of the consult. Modern interpretations of the positions of planetoids like Ceres, the plutoids and the centaurs Cheiron, Pholus and Nessus may also be included.