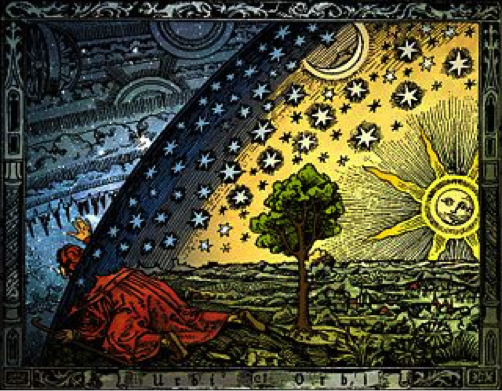 Metaphysics means: that what comes after physics, beyond physics, what transcends physics. Metaphysics is the philosophical doctrine that explores not the reality as given in our sensory experience (such as the physics), but rather the totality or unity of all that is given, including all that which composes that unity. In principle, one can postulate the unity in a reality beyond our world, as Plato did with his realm of Ideas, or attempt to discover it in many experiences in the world around us, in a deeper dimension in which de data itself is based, as Aristotle did 1.

Metaphysics focuses on all that hides itself from perception. What hides itself from sensory perception and, in a way, transcends it, is above all, the true nature and meaning of existence, the being of something, of everything, of people, of the cosmos. Transcendental topics such as the existence of a God, the soul, spirit, ghost, and free will typically belong to the area of metaphysics. Scientifically speaking, metaphysics comprises hypotheses, theories, models and interpretations that cannot be corroborated nor disproved by experiments.

In the area of metaphysics I concern myself with questions such as: “what does the inner of an elementary particle, e.g. an electron, look like, and consist of 2” , “how would a timeless reality look like”, “what is consciousness”. I am an admirer of Cusanus who writes about finite infinity, and bounded boundlessness (“Der freie Geist bewegt sich selbst”). Immanuel Kant’s antinomies inspire me 3.